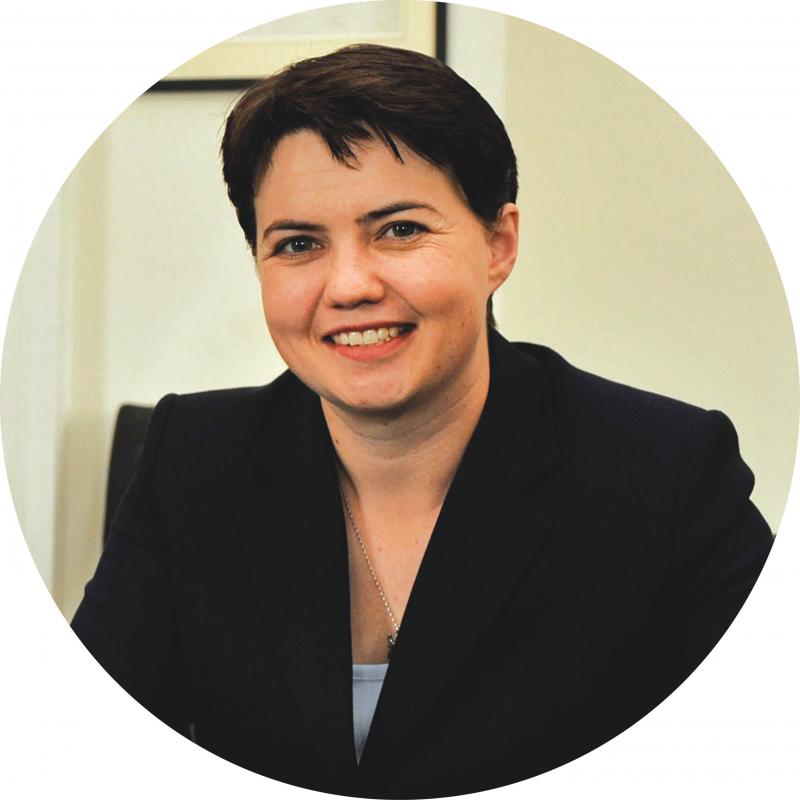 We travel faster if we travel together and I hope this centenary prompts more women – and men – to committing to speed up the rate of progress.

Before entering politics Ruth worked in journalism for ten years, first in newspapers, before moving to radio and television. The majority of her time was spent at the BBC working in news and current affairs as a presenter, reporter and documentary maker.

Following the resignation of predecessor Annabel Goldie, Ruth was elected leader of the Scottish Conservative and Unionist party in November 2011. In 2014 she played a prominent role in Better Together, the cross-party campaign to keep Scotland in the United Kingdom.

In May last year, Davidson was re-elected to Holyrood as the constituency MSP for Edinburgh Central and now leads the Opposition party in the Scottish Parliament. At June’s General Election, the Scottish Conservatives returned 13 MPs. An increase of 12 and the party’s best result since 1983.

Ruth is engaged to her partner, Jen, and they live in Edinburgh with their cocker spaniel, Wilson.

“It is never too late to be what you might have been." - George Eliot

There is no substitute for hard work.

Debating in front of thousands of people – and millions on television – at the two referenda; in the Hydro in 2014 and at Wembley in 2016. I can’t explain how terrifying it is. Forcing yourself to do things you are afraid of is hard, but satisfying.

The representation of the people act 1918 was a staging post. Only some women were granted the vote. Universal suffrage didn’t come until years later. But it is worth marking staging posts as they show how far we’ve come – and how far we still have to go. In access to employment, equal pay and the treatment of women in the workplace, we still have further to travel. We travel faster if we travel together and I hope this centenary prompts more women – and men – to committing to speed up the rate of progress.