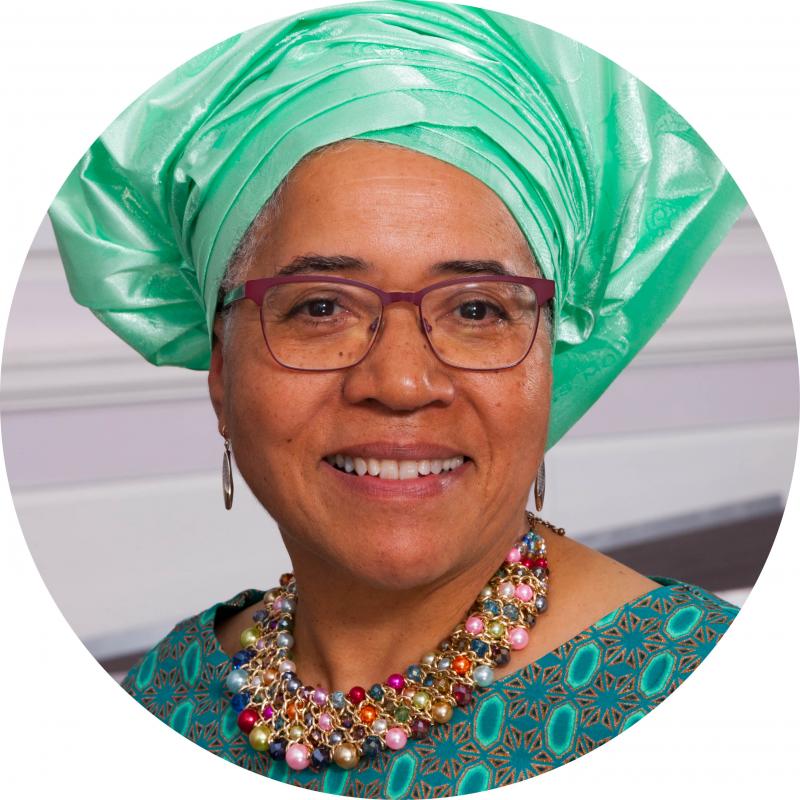 At every election I think of all those women who sacrificed so much so that I could get up, go round the corner and put my cross on the ballot paper.

Professor Dame Elizabeth Nneka Anionwu is an Emeritus Professor of Nursing at the University of West London.  In 1979 she set up the first ever UK sickle cell/thalassaemia nurse counselling service, based in Brent. Elizabeth then became a senior lecturer in Community Genetic Counselling at the University College London’s Institute of Child Health.

Prior to retirement in 2007, she was Dean of the School of Adult Nursing Studies & Professor of Nursing at University of West London (UWL), before establishing the Mary Seacole Centre for Nursing Practice, also at UWL.

Elizabeth is co-author with Professor Karl Atkin (University of York) of The Politics of Sickle Cell & Thalassaemia (2001) published by Open University Press and author of A Short History of Mary Seacole: a resource for nurse and students (2005), RCN Publishing.

She was Vice-Chairperson of the successful Mary Seacole Memorial Statue Appeal – the statue was unveiled in June 2016 – and is now a Life Patron of the Mary Seacole Trust. Elizabeth is also a Patron of the Sickle Cell Society and the Nigerian Nurses Charitable Association UK and is Vice-President of Unite/Community Practitioners and Health Visitors Association (CPHVA).

Elizabeth’s memoirs ‘Mixed Blessings from a Cambridge Union’ were published in September 2016 and are available on Amazon as a paperback and e-book.

Being part of the Mary Seacole Memorial Statue Appeal (was Vice-Chairperson) that raised £750,000 to erect, in 2016, the first statue of a named black woman in the UK.

At every election I think of all those women who sacrificed so much so that I could get up, go round the corner and put my cross on the ballot paper. I thank them and have told my daughter and granddaughter all about them to encourage them to always use their vote!