A number of women’s suffrage societies were established in Oxford from the late nineteenth century. Some of these were formed by local residents while others catered for students or both. In common with most suffrage organisations around the country, the Oxford societies created their own banners which they often carried and displayed during marches and meetings. No original banners survive, but we do have reproductions of some, including the banner of the Oxford Women Students’ Society for Women’s Suffrage.

We also have this sketch from the Oxford Times, 28 June, 1908, one of three banners carried by the Oxford contingent at a national suffrage march in London. This one represented the Oxford Women's Suffrage Society, and it was accompanied by about 90 suffragists who travelled to London for the march. The banner itself was carried by Bertrand Russell and accompanied by students from the women's colleges, several dons and activist local women. The contingent was headed by Myfanwy Rhys, herself a pioneering Oxford student and daughter of Professor Sir John Rhys, principal of Jesus College and very strong women's suffrage supporter. To commemorate the centenary of women's suffrage, we have commissioned illustrator Rachel Hill to recreate this banner, working from the sketch itself and from the description of its colours included in the newspaper article from the Oxford Times. A reproduction will hang in the Sappho to Suffrage exhibition and will be displayed in many formats around Oxford during 2018. Find out more about the exhibition here. 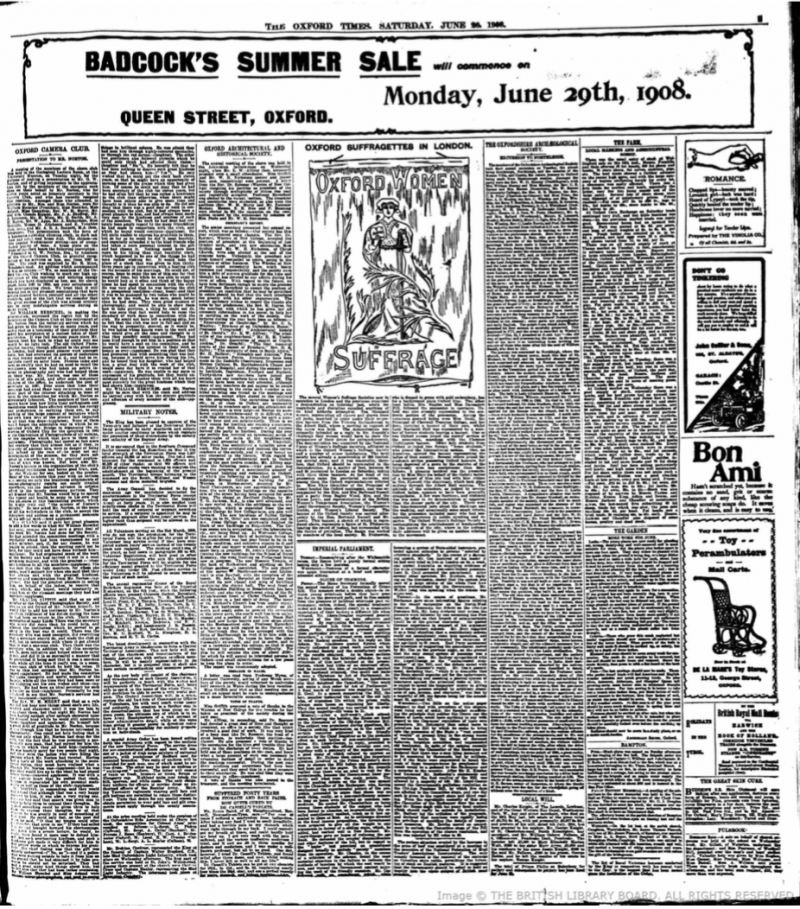